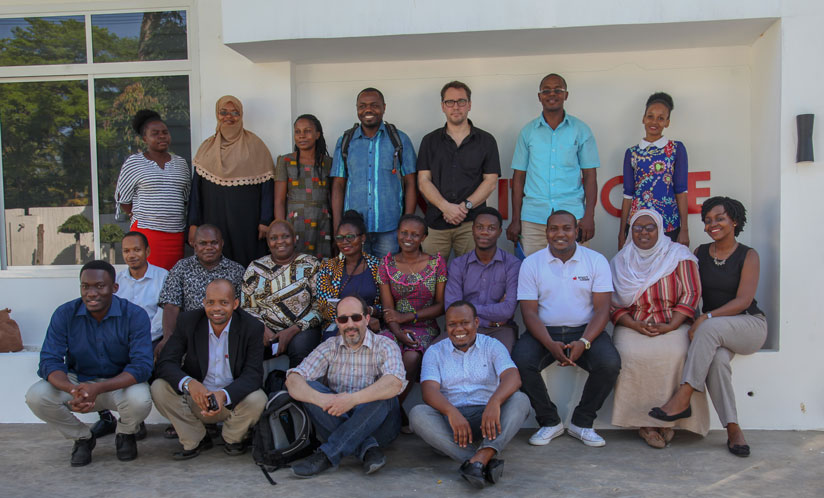 This initiative was a first step to building a kind of culture in Tanzania where universities collaborate with innovation hubs and nurture entrepreneurs at the university level a move that could lead to enabling the economy grow rapidly due to the outcomes of the partnerships, it’s also an effort to making universities more involved in innovation. taking lessons from different parts of the world i.e. the United States and Europe in this case Stanford university which embraces innovation and entrepreneurship such that many technology companies in Silicon Valley trace their origin from Stanford university ideas or Stanford faculty and students

The workshops took place in a span of 5 days from March 18th to March 22nd. In the first four days, the faculty members spent full days at four different hubs in Dar es Salaam where they were posed with real-world business and technical challenges facing some startups in these hubs and they were challenged to find solutions to these problems and they lastly met at Buni hub to conclude and suggest ways in which universities and the innovation ecosystem could better work together.

Faculty members and participants were excited with the experience citing the varying environments and challenges as motivations for the workshops “The project is about capability building for faculty members, educating teachers as one of the big themes and innovation and entrepreneurship which was my role in this project” - Antero Jarvi, Lecturer, University of Turku.

“These are things that I am very passionate about and I have been doing for quite some time and I am about to start teaching a course on entrepreneurship and innovation at a postgraduate level so I am very excited. I’ve learned new methods today of ideation and user design thinking so I think this will be very useful “- Khadija Mkocha, Lecturer, College of ICT, UDSM

“I got a chance to share my ideas and to learn a lot of things about innovation, to create solutions for the problems that are existing in the society has been a pleasure, it’s worth sharing with others” - Theofrida Maginga, Lecturer, Sokoine University.

Some of the challenges that universities face that limit them from being more supportive towards innovation include bureaucracy, student attitude towards entrepreneurship, limited space/resources to implement projects, the lack of understanding of the importance of startups to universities, lack of hands-on teaching and rigid regulations.

Corporate UnWind: Is Tanzania ready for 5G?
Read More...
The BeFound Digital Masterclass is here!
Read More...
5 reasons why you should work at Smart Lab space
Read More...
GET IN TOUCH

Receive free updates about all upcoming events and programs, tips, mentor advice and new trends in the tech community direct to your inbox.